​The Bridge: A cross-cultural film collaboration that goes beyond the screen

“This is so freaking weird. I can’t get over it”.

Justine had spotted our short film, The Bridge, first on the list in the program for the San Diego Latino Film Festival’s Youth Visions Showcase. This year, the showcase was being hosted at the AMC theater that the girls had often gone to for movies with friends. Justine couldn’t get over the idea of seeing something she had made up on the big screen, much less first on the bill.

As we walked to our seats in the back, I could sense the girls starting to tense up. The last time we had watched this film together we were thousands of miles away, pushed up against the side of a packed theater for the Mediterranean Film Festival in Široki-Brijeg, Bosnia-Herzegovina. At that screening we were surrounded by our collaborators from the MFF school-- students with whom we created the film over an intensive 10-day workshop. At this screening, the girls would have to see the reaction to their work in front of their peers. Would the jokes connect? Would audience laugh?

The girls texted a few photos of the full theater to a group chat with the students across the globe in Široki-Brijeg and the students quickly replied with messages of encouragement. They felt excited. 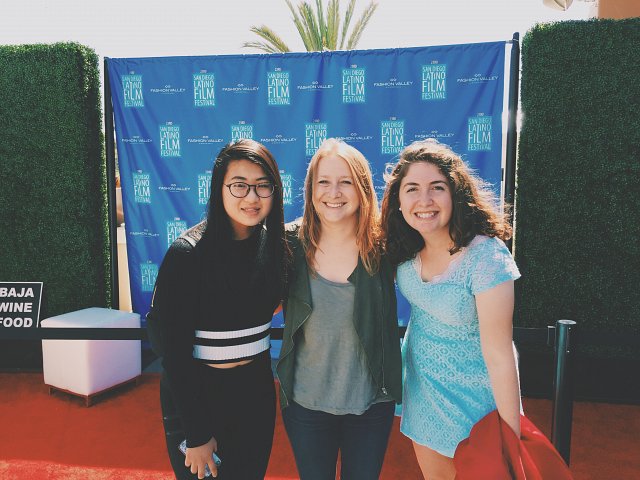 Open scene on Široki-Brijeg, a small town in the middle of beautiful and lush Hercegovina, an area of the former Yugoslavia that is heavily steeped in Croatian culture. The village seemed to quietly and simply carry out life in coffee houses, local bars, and city’s small central plaza.

The scene we arrived at was a sharp contrast to the mental imagery generated by many Americans I spoke with prior to departure, most of whom associate the region with the violent civil war and ethnic divisions that occurred over 20 year ago. The wounds of that time seemed faded in the people residing in this sleepy town, save for a bullet torn, burned out warehouse and the occasional bullet-ridden apartment building.

When I was invited to go to Bosnia-Herzegovina to assist on a 10-day film workshop for high school students, I was dripping with nervous excitement. I was thrilled by the opportunity to take our students’ interests in film to new and challenging heights with a fresh and talented group of collaborators at MFF School. However, the trip was only my second time traveling internationally and the responsibility of safely navigating five young American women with limited language ability was daunting.

Armed with passport copies and a small set of basic phrase flash cards in my backpack, I successfully navigated the big trek from San Diego to Los Angeles to Istanbul, and then we hopped on a smaller plane to Sarajevo. I thought we’d made it through the big hoops.

As we came in for the landing, my heart pounded. Practically half of the country was visible in front of the airport as our flight hit the tarmac. They greeted our plane with loud cheers, airhorns, and showers from a firetruck. No, not for us. The junior national basketball team, comprised of Bosnian, Serbian, and Croatian players had just won the European cup. The tiny airport was overrun with local news vans and ardent fans there to celebrate. As we walked through customs, the airport overhead speakers blasted the national anthem, and I quickly tried to get the girls through customs and avoid the crazy fan fare outside. We jumped out through a side door and made it our pickup van, which carried us through the dimly lit, but stunning river valleys along the road to Široki-Brijeg. 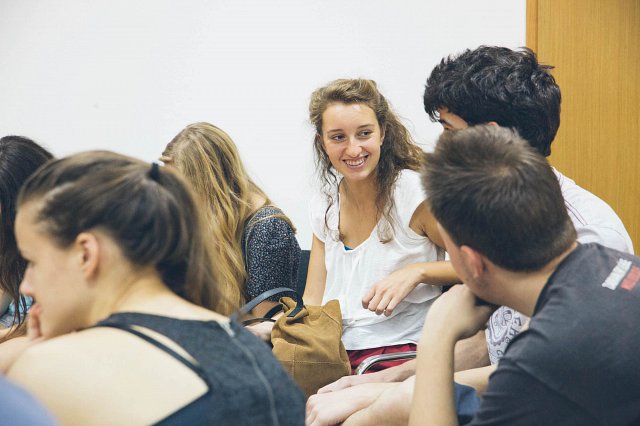 The first day of the workshop was like the first class on the first day high school - a mix of nerves, excitement and some initial awkwardness. The group of American students, all girls, sat in the back corner, jetlagged and unable to find an entry point into the quickly paced conversation happening between boys across the aisle.

As educators, we had many bridges to build at the workshop between the local students and the Americans - language, cultural understanding, and most difficult of all, engaging a group of teens in the challenging process of making a film.

Thankfully, our brilliant workshop leader, Outside the Lens Program Manager Lucy Eagleson, helped closed the gaps with her bilingual grace, fluidly moving between languages while teaching and dividing up groups to create pitches together. The groups were sent out to create a film idea, each with a mix of local and visiting students. By dinner, we could see the initial gap was hurdled- students from both regions were spotted walking around town swapping stories and music. 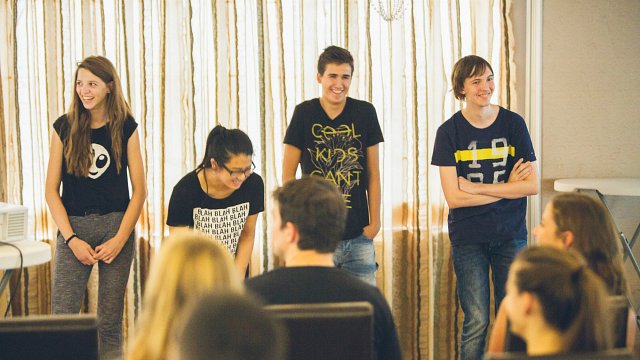 Alas, a pitch was selected. Minutes later, we went into pre-production.

The students applied for specific roles on the film, giving them the chance to explore their interest in acting, directing, producing, cinematography, editing, and more. We went straight into auditions, and pre-production, where the students plotted out a 3-day shoot, complete with location scouting, rehearsals, script re-writes, and the list goes on.

The crew fearlessly entered production, with the support of co-workshop leader Tyler Gunderson, Post-Production Manager at YouTube Space LA. Tyler guided the students through the details of production, all with the intention of easing the picture and sound editors’ workload in post-production.

After a few late nights in the editing bay working on post-production, the film was exported. Ready to roll. The students were beaming with a sense of accomplishment.

The successfully created a short, narrative film that would live beyond the walls of our little classroom on the 4th floor of the local community center. 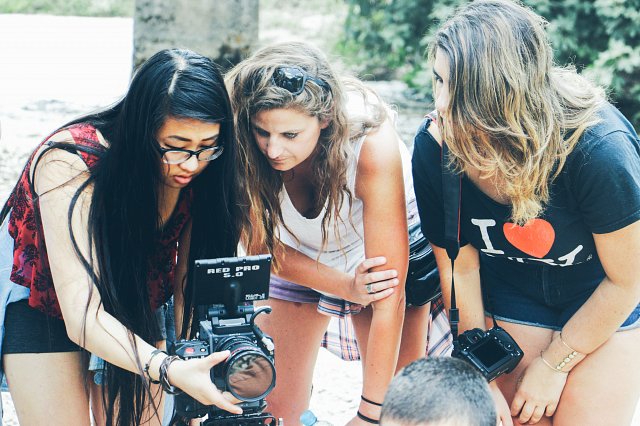 The laughter booming from the audience members below reassured the girls and I felt their tensions start to melt next to me. They had successfully navigated the risky waters of putting themselves out there and made it to safe shores. Even more than in the packed house at the Mediterranean Film Festival, or in a gallery opening hosted for family and friends, I felt this was the moment they felt the value and impact of the project and their work. 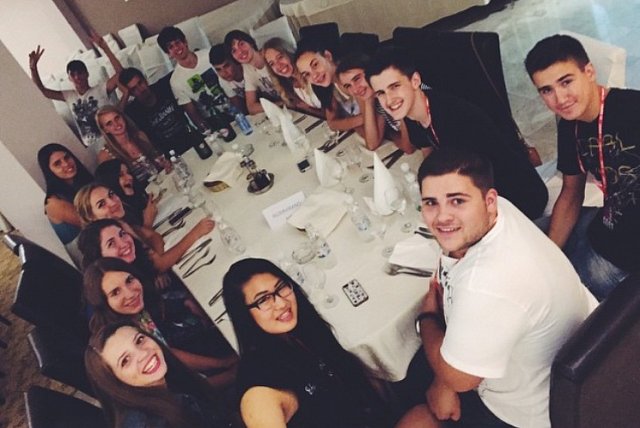 The power of the connections made by this film continue in warming ways (thanks to the wonders of the Internet). A running Facebook thread traces jokes and film references in both languages. Crew members post selfies working on new projects together. When our American cinematographer Justine produced a new documentary film, our Herzegovina cinematographer, Hrvoje, was the first to rally a social media push and online following.

This film workshop gave so much more that a how-to process to make a short or an end product for festival viewings. It permanently connected 30 students from two different countries with a communal sense of pride, ownership, and love of film. Despite barriers, these students gained a new perspective on our world, and continue a common drive to create, to share their voice, and to share stories with others.

To view their film and Behind the Scenes video, visit their YouTube Channel: www.youtube/mffschool

If you wish to learn more about Outside the Lens & MFF School, please contact Lucy Eagleson at lucy@outsidethelens.org.