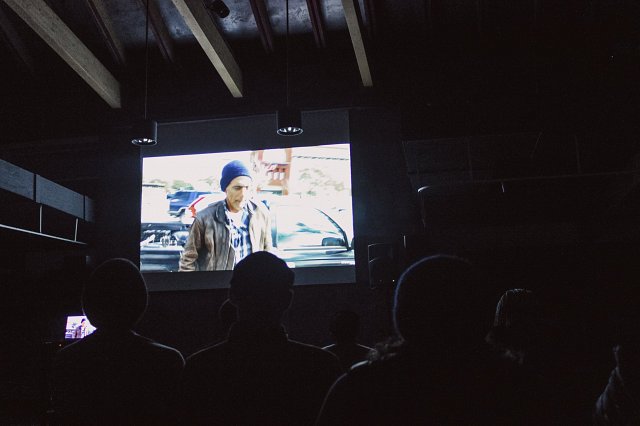 The inaugural screening of the film series Cine en Sherman took place last month at Sherman Heights Community Center. The featured film of the evening was Tony-The Movie, a portrait of homelessness in San Diego as seen through the eyes of the film’s star, Tony. The filmmaker, Dennis Stein, follows Tony as he navigates his housing options and searches for solutions to homelessness, not just as it affects him, but as it affects thousands across the county.

Outside the Lens Media Educator Liliana Hueso was nothing short of amazing as a coordinator of the evening. With her was OTL intern and resident of Sherman Heights, Stefanie. The two collaborated with leaders of the community center to make the screening a success and drew support from a local audience. 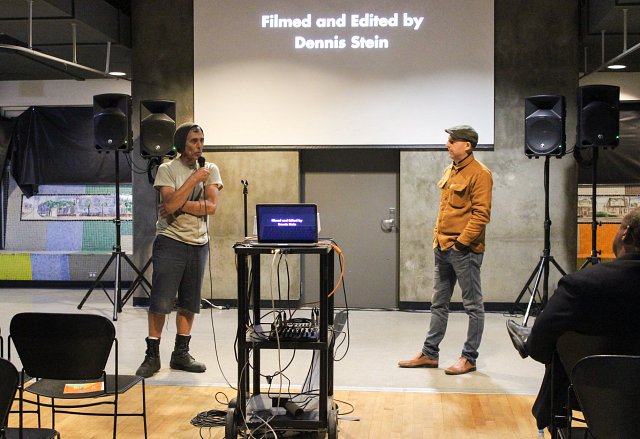 The discussion surrounding Tony highlights a phenomenon relevant to present day Sherman Heights: the transfer of San Diego’s homeless population from downtown into nearby residential neighborhoods. Recent development and “clean up” projects in the downtown area have resulted in an increased number of people living on the streets in Sherman Heights. Temporary solutions, such as sharp rocks placed under overpasses along Interstate 5, have garnered backlash from those hoping for more lasting and humane solutions. Continued dialogue, as the filmmaker of Tony would like people to remember, is essential to helping people into stable living situations. 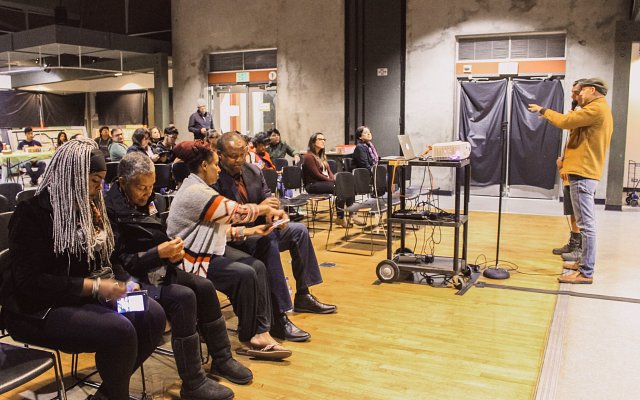 The film festival will continue this month with La Frontera Short Films program exploring issues that cross the Mexico- U.S. border. The films will be screened at Sherman Heights Community Center on February 22nd, and include CROSSING THE BORDER TO PURSUE A DREAM, I WAS BORN IN MEXICO BUT…, QUE LEJOS ESTOY, VIDA DIFERIDA (LIFE DEFERRED), POCHA, and RISE OF QUETZALCOATL.