“In talking with Rigo Reyes, he introduced me to this concept of Tijuana and San Diego as being a region… a region where there are more commonalities rather than differences.”

This was the beginning of my conversation with Liliana Hueso, one of OTL’s Media Educators. Liliana had just come back from one of OTL’s annual summer camps, FOTO TJ. As part of OTL’s mission to utilize media to bring together different cultures, FOTO TJ brings together two groups of high school students, one group from San Diego and the other from Tijuana (TJ), to explore TJ for a week through the lens of photography.  Although some might find the cohesive melding of these groups to be unlikely, Liliana saw this project as an opportunity re-picture our vision of San Diego and TJ as one community instead of two: “for me, as an adult, I’ve realized that there are more things that bring us together than tear us apart, and I wanted the kids to figure this out on their own… I wanted them to be able to bond in the way they do through photography, through art, and through discovering the city in a way neither of the groups had before.”

Partnering with the La Jolla Historical Society, Liliana and the OTL team were asked to be guided by the 1960s photography of Harry Crosby, as well as his book Tijuana 1964. However, participants were not only asked to document TJ 60 years later. They were also asked to reflect on their own identity and the power of photography through portraiture. Starting at Las Memorias, an OTL partner and a shelter for those living with HIV/AIDS, the OTL staff and participants began their FOTO TJ trip by exploring this very notion.

Q: Describe to me the first part of FOTO TJ, and what it was like to begin at Las Memorias.

A: [This part of the] project was more about identity, and about giving [both the people at Las Memorias and the participants] the tools of photography; teaching them how to capture images. For me, it was really beautiful because I thought that everyone would be a bit hesitant, but they all opened up right away. Even for me, I was like, it’s like happening, it’s working and it’s going well… it was really powerful to see them interact. 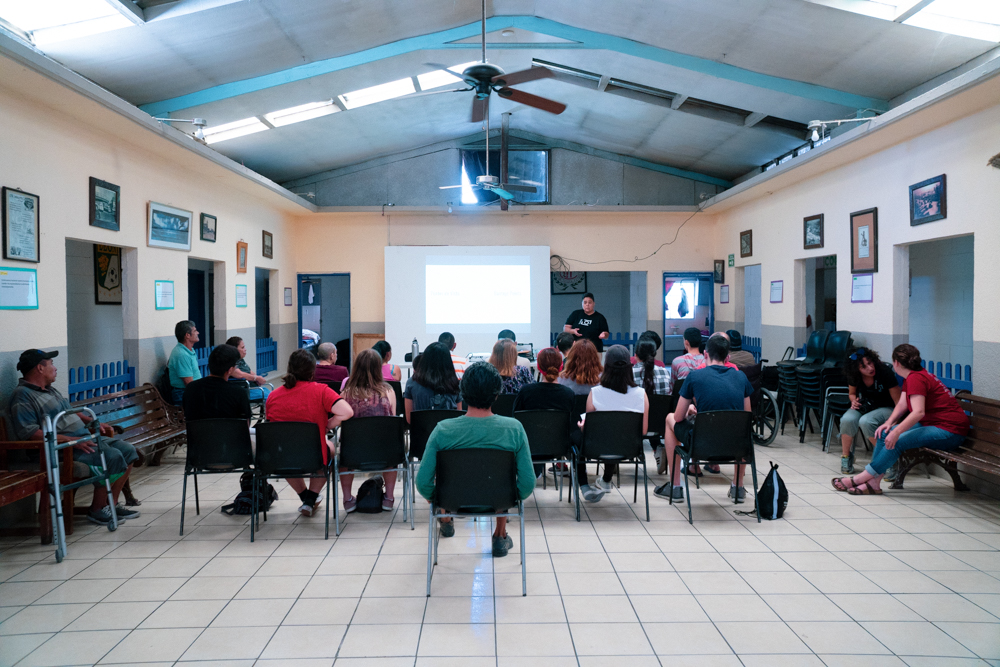 Q: I noticed that each finished portrait included a poem about fears and hopes for the future. Describe to me the process behind the portraits. How did you decide to make this theme the focus?

So that’s why I decided to use something similar to our I AM project. While it is amazing to be positive, and super happy about life, it’s equally important to take a moment to realize how far you’ve come… and celebrating that as well. So, I had them write three fears, in first person, and then three affirmations. And that’s where the poems came from. It was them writing to themselves; it was about acknowledging what they were afraid of and what they could do or become through their affirmations.

After visiting Las Memorias, the FOTO TJ group began the second half of their trip. Starting at the photo archives at the Museo de Historia de Tijuana, the students had the opportunity to look at Harry Crosby's original photos. By following the footsteps of Crosby, the hope was to see not only how TJ had changed, but also how the students could recapture Tijuana in the present.

Q: How did this year’s inclusion of Harry Crosby enrich the program?

A: [When] I started looking into Harry Crosby, and I started looking into his photos, I fell in love. I told Christian Zúñiga about these photos and the project, and we started exploring the photo sites together... trying to find the different spots where we could take the photos: what was still there and what wasn’t? Christian is a photographer and historian that has a couple of books published about Tijuana, it’s culture and spaces. His input was always on point.

Each neighborhood had changed; a lot of the places where he had photographed from were high-end neighborhoods on the outskirts of the city, and now these places were in the middle of the city. The city had grown so much and the way people live now is so different than how it was in 1960… this whole process was even fascinating for me because I hadn’t had the chance to explore TJ in that way.

We passed out Crosby’s photos to the kids and we asked them: what can you pinpoint that’s still here? Look around, what is different? What does this photo look like now? More importantly, being here, what would you capture now? 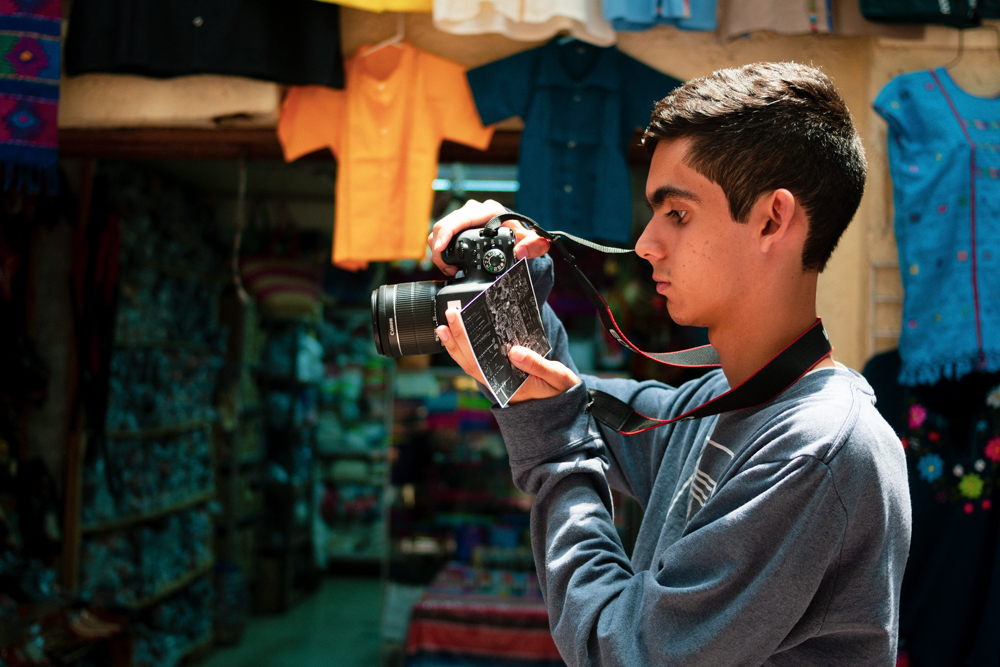 Q: So, it seems like there’s a lot to unpack: you not only have this initial mixture of cultures, but also this overarching idea of photography as a means of documentation, a mode of exploration and a way of coming together... all at once. How were you able to create a space that allowed all of this to happen?

A: That’s something that, at the beginning of last year, I wasn’t sure how I was going to make happen, but I just realized that it happens naturally. We as humans connect on so many levels, but art is an important way in how we connect. Sometimes art becomes its own language and we don’t even have to speak each other’s languages. We can understand each other just through the way that we capture the moment that we’re in.

Photography creates a space where I get to know you through the photos you take, whether we speak the same language or not. So, at the end of the day, when I want to tell you that your photo inspires me I will tell you in any way that I can- by taking a photo of your photo or saying a few words in your language- that type of connection is something that just happens naturally.

A special thank you to everyone who helped make FOTO TJ possible: